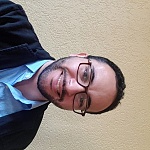 Title : Co-evolution of regulatory institutions and technology in the internet industry: the role of regulatory adaptation with focus on net neutrality rules

Abstract : The Net neutrality debate arose in mid 2000s in response to fears that Internet Service Providers (ISP) could use their monopolistic standing to try to extract more consumer surplus by restricting and/or tiering the access to the Internet; therefore, creating market failures and inefficiencies. So far, most studies agree that removing net neutrality would hurt the CPs profitability, but there is no consensus if that alone would generate incentives for ISP investment in building new infrastructure which would indirectly benefit internet users and CPs alike. While the net neutrality proved to be an efficient rule in an ambient where many small CPs needed to be protected from a natural monopolistic position of the ISP, this situation changed and the relationship between ISPs, CPs and Hardware Firms is becoming ever more intertwined. Nowadays the content provision market is much more of an oligopoly controlled by powerful companies such as Google, Microsoft, Netflix, Facebook, etc. than it was in the past. These CP firms, however, depend on new hardware technologies and stable Internet provision to be able to develop new content and services. The goal of this work is to show the role of regulatory adaptation in the definition of technology dynamics. We will show that the evaluative criteria used by regulatory institutions are at center stage in the definition of a technological path. Depending on the criteria used regulations will evolve along different landscapes