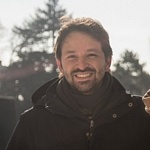 Abstract : The evidence on the effects of internet penetration on electoral behavior in established democracies is recent and scarce. This project uses the expansion of broadband internet at the household level, as well as the deployment of 3G infrastructure across the territory to study this phenomenon in the context of Costa Rican local elections. The results show a positive relationship between internet expansion and turnout after 2010. This result is robust to the use of a instrumental variable approach, as well as a differences in differences setting. There is initial evidence that this effect is stronger in places with larger local media markets. The effects of 3G availability and broadband internet penetration on electoral competition, incumbents vote share and vote shares of specific parties is inconclusive. However, there is evidence that it has favored the support for emerging parties. Further iterations of this project will use data at the school level, which has a larger sample size and higher geographic specificity. This will allow to obtain more precise estimates and to explore novel estimation methods.