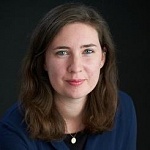 Abstract : How does affirmative action affect the targets' perceived ability? Implementing affirmative action plans (AAP) towards minorities can have different long-term impact on beliefs. Proponents of AAP argue that exposing the majority group to the minority will make them correct their beliefs and improve their attitudes towards the minority. However, opponents claim that AAP can change the incentives for the minority group to invest in their skills, thus ending up in equilibrium with self-fulfilling negative beliefs (from both the majority and the minority groups) about the AAP's targets. I rely on the World Values Survey data to estimate the impact of gender quotas in parliaments on the beliefs about female politicians' ability. Countries that do not implement such quota policies serve as a control group in a generalized Differences-in-Differences approach. Preliminary results covering the period between 1994 and 2014 show a general improvement in perceptions of female politicians' ability in the long run, but not in the short run.​