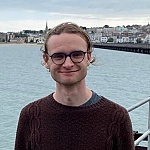 Title : The Role of Opinion Polls in Coordination Amongst Protest Voters: An Experimental Study

Abstract : In an election, protest voters may signal their discontent with the party they traditionally support in different ways. This paper focuses on a form of protest voting that involves voting for a party (the anti-mainstream) other than a voter’s true first preference (the mainstream), in order to try to influence the mainstream party’s future policies. Protest voters face a trade-off stemming from a coordination problem amongst themselves. Too few protest votes mean that the strength of the protest is insufficient to affect the mainstream’s policies; too many protest votes may result in an anti-mainstream victory, which is a sub-optimal outcome for the protest voter. One tool to solve this coordination problem is opinion polls which, in this setting, provide both information on the nature of the problem protest voters face (information channel) and act as a coordination device in that voters can condition their behaviour on the poll outcome to solve the coordination problem (solution channel). We test experimentally, using a design that allows us to partially disentangle these effects, the extent to which each of these channels increases the likelihood that the protest is successful.